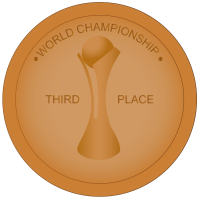 Now that we know the first and second place winners of Montauk Madness, today’s runner-up matchup will decide who gets the bronze medal: Bob Dylan or The Beatles?

Both of these acts changed the world in the 60s, and circled each other then and throughout the careers. So many connections between them.

It was Dylan who first turned The Beatles on to pot, after famously mishearing the lyrics “I can’t hide!” in ‘I Want to Hold Your Hand’ as “I get high!” He influenced their lyrics, as well, inspiring Lennon in particular to move away from frothy love songs toward more introspective topics.

They also influenced each other musically. To pick a couple of examples, ‘You’ve Got to Hide Your Love Away’ is pure Dylan, while Dylan’s ‘Fourth Time Around’ is a straight-up reboot of ‘Norwegian Wood.’

Dylan became good friends with George Harrison and eventually joined him in the supergroup Traveling Wilburys.

And now, in perhaps their most meaningful intersection to date, Bob Dylan and The Beatles compete for third place in Montauk Madness.

I can comfortably call these two musical acts my all-time favorites. That’s why they ended up as my final two, after all. Sure, I go through periods where I don’t listen to either of them very often, and I’ve become enamored with many different artists to varying degrees over the years. But Dylan and The Beatles have been constants since I first started listening to music on my own.

On top of that, they are historically important figures who have had a major impact on the world culturally, politically and artistically.

Dylan has had the more impressive recording career. Thirty-eight studio albums released over 55 years, plus dozens of live and bootleg releases. The Beatles, on the other hand, recorded for only seven years and released just 13 studio albums. It’s almost more impressive that they established their legendary status based on such limited output.

Dylan has been far less consistent. He has managed to release excellent material in every decade but not without his fair share of groaners in between (the 80s were particularly unkind). The Beatles never released a bad album (granted, Magical Mystery Tour was saved by the addition of singles ‘Strawberry Fields Forever’ and ‘Penny Lane’).

I count six albums as Dylan’s very best: The Freewheelin’ Bob Dylan, Bringing It All Back Home, Highway 61 Revisited, Blonde on Blonde, Blood On the Tracks and Love and Theft. My Beatles holy trinity is A Hard Day’s Night, Rubber Soul and Revolver. The music contained on those nine albums is mind-blowing in its scope, imagination and emotional impact.

How do you choose between them?

The Beatles are a transcendent moment in history, trapped in amber. Bob Dylan is alive and ever-changing, a great big mess of contradictions, a genius and a fool.

I see all of America in Dylan. I’m voting for the mess.