Here’s a sweet little throwaway track from Bob Dylan’s 1969 Nashville Skyline, possibly the most laid back album of his career.

Ironically, Dylan chose to release a gentle country album during one of the country’s most tumultuous eras. Whether it was a deliberate retreat from his protest singer roots or just where his muse happened to take him, it was as odd and unexpected as most of Dylan’s career moves.

END_OF_DOCUMENT_TOKEN_TO_BE_REPLACED 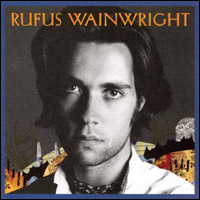 This beautiful track is a highlight from Rufus Wainwright’s self-titled debut album, released way back in 1998.

‘Barcelona’ is a dark, moody song about fear and the desire to escape. The lyrics are informed by Wainwright’s rape at age 14 in a London Park during a time when HIV was at its peak. The line “don’t want my rings to fall off my fingers” refers to the weight loss associated with the disease.

END_OF_DOCUMENT_TOKEN_TO_BE_REPLACED 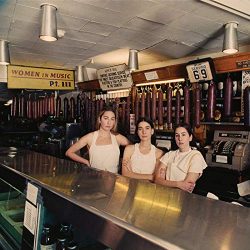 Closing out this week of quick hits is a track from the new Haim album, Women in Music, Part III. I didn’t even realize the Haim sisters had released a new album until I stumbled across this cut last week.

I’ve since listened to the whole album a few times and I’m loving it. It’s their best work so far. Just check out the sultry groove of today’s SOTD… the whole album has this vibe.

END_OF_DOCUMENT_TOKEN_TO_BE_REPLACED

It’s been almost three years since the sad passing of rock legend Tom Petty. And it’s been 26 years since the release of his solo album Wildflowers, perhaps the best work of the man’s storied career.

Petty’s family plans to release a retrospective collection, perhaps as soon as this year, celebrating that great album. The release will include demos and early recordings pulled from the Wildflowers sessions.

END_OF_DOCUMENT_TOKEN_TO_BE_REPLACED

I last featured a Blackpink song on April Fool’s Day in 2018, when I teased that I would write about only K-Pop for the rest of that year.

They were a big deal then, though unknown to me. They’re a much bigger deal now. In fact, in 2019 they beat One Direction to hold the record for the most YouTube subscribers. And their latest video set a record as the most-viewed debut ever, reaching more than 86 million views over its first 24 hours. For context, Taylor Swift set the same record three years ago with ‘Look What You Made Me Do,’ with fewer than half as many views.