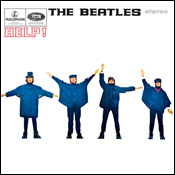 Help! is kind of the forgotten Beatles album. It’s not their best soundtrack. It’s not even their best album of 1965. It’s a bridge between their more straight-forward early work and the ground-breaking music to come — the classic middle child.

But it’s also a terrific pop-rock album that would be the best thing ever recorded by just about any other band.

END_OF_DOCUMENT_TOKEN_TO_BE_REPLACED

My older daughter, on those morning rides to school, invariably requests ‘I’ve Just Seen a Face,’ the band’s first real foray into country music in their own writing. This is one of my favorite Beatles songs as well.

I remember the first time I heard it… not so much the time or place, which are fuzzy, but the actual experience of hearing it. I remember thinking that the melody was so perfect that I must have heard it before (and I probably had without realizing it). Not to compare Plain White T’s to The Beatles, but I had the same reaction to their ‘Hey There Delilah‘ when I first heard that.

END_OF_DOCUMENT_TOKEN_TO_BE_REPLACED

I’ve really come to appreciate the Help! album over the past several months as I’ve played it on a daily basis for my daughters on our way to school each morning.

I’ve always considered it a good second-tier Beatles album, and I suppose I still do considering how amazing that first tier is… but I now believe it’s closer in quality to Rubber Soul and Revolver than I’d ever given it credit for before.

END_OF_DOCUMENT_TOKEN_TO_BE_REPLACED 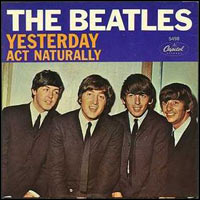 It’s interesting that The Beatles have always been considered a true band, with every member as theoretically important as the others. This despite the fact that John and Paul wrote and performed 90% of their songs. Contrast them to The Rolling Stones, where Mick Jagger and Keith Richards share the spotlight and most people probably couldn’t name all the other members of the band. But everybody knows John, Paul, George and Ringo.

Ringo is certainly the main beneficiary of this. He wrote only a couple of the band’s songs and, while he’s certainly a fine and under-appreciated drummer, he’s not really the architect of The Beatles’ sound in any real way. His main contribution was his personality and considering the importance of the band’s image and performance outside the studio, that was no small matter.

END_OF_DOCUMENT_TOKEN_TO_BE_REPLACED

‘Ticket to Ride,’ another John Lennon triumph from the Help! album, is by all objective measures a wonderful song. But I’m still struck by the uncanny appeal it seems to have for children.

OK, I’m generalizing… my sample size is admittedly small — my own two children and my nephew. But of all the great Beatles songs, including such blatantly kid-friendly fare as ‘Yellow Submarine’ and ‘Octopus’s Garden,’ why would this tune strike such a nerve with my little ones?