I slotted Pink Floyd’s The Final Cut in the #11 spot on my list of the best albums of 1983 because it has been so far off my radar for so long that I couldn’t justify it cracking the top ten.

If I’d made this list in 1990, this album might have occupied the top spot. That’s in part because I hadn’t yet discovered many of the albums to come on this list. But it’s mostly because Pink Floyd meant the world to me when I was in high school.

END_OF_DOCUMENT_TOKEN_TO_BE_REPLACED 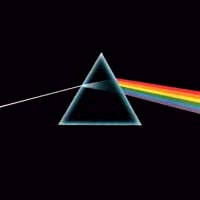 The last 1973 album among my personal favorites is Pink Floyd’s classic The Dark Side of the Moon. This is, of course, one of the most celebrated and beloved albums of all time.

In terms of sales, Dark Side is fourth on the all-time worldwide list, having sold more than 45 million copies while spending over 900 weeks on Billboard’s Top 200. It’s really pretty amazing that an album full of sound effects and instrumentals, and so few traditional songs, is nestled among Michael Jackson’s Thriller, The Eagles’ Greatest Hits, the Saturday Night Live soundtrack and Fleetwood Mac’s Rumours as one of the most popular albums of all time.

END_OF_DOCUMENT_TOKEN_TO_BE_REPLACED 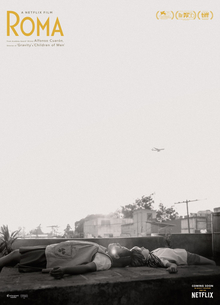 Few films in recent years have received as much lavish praise as Alfonso Cuaron’s Roma. A compilation of critics’ top ten lists has it in the #1 spot with a 200-point lead over the next title. It has been repeatedly called a masterpiece and even, by more than a few writers, one of the greatest films ever made.

Can any movie possibly be worthy of all that hype? Can Roma live up to those expectations?

My answer: It doesn’t, until it does. And then it somehow surpasses them.

END_OF_DOCUMENT_TOKEN_TO_BE_REPLACED

Our next Montauk Madness matchup is a battle across the decades, pitting a 70s powerhouse against an innovative indie band from the past decade. I give you Pink Floyd vs. Vampire Weekend!

My high school self would have had no problem with this choice, as I pretty much lived and breathed Pink Floyd in those years (not to mention that Vampire Weekend’s Ezra Koenig was in pre-K).

END_OF_DOCUMENT_TOKEN_TO_BE_REPLACED

For my final selection of favorite songs, I’m travelling back (once again) to high school.

It’s no surprise that so many of the songs I’ve featured over the past three weeks come from my adolescence. I’ll be curious to see if the same holds true for my readers’ lists (which I expect you to post in the comments!).