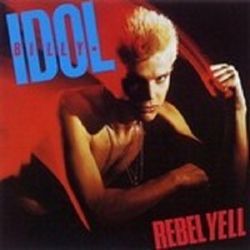 We have reached the end of a five-week dive into the albums of 1983, and I am more convinced than ever that this was one of the great years for popular music.

So many excellent artists and albums, so many important debuts. And I didn’t get to a host of other albums I considered for this series. Here’s a sampling of some of those titles: Jackson Browne’s Lawyers in Love, Ozzy Osbourne’s Bark At the Moon, Depeche Mode’s Construction Time Again, Tears For Fears’ The Hurting, New Order’s Power, Corruption & Lies, Duran Duran’s Seven and the Ragged Tiger.

END_OF_DOCUMENT_TOKEN_TO_BE_REPLACED 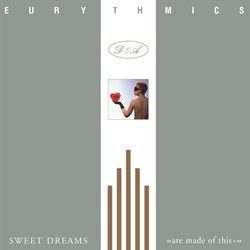 I covered Madonna and Cyndi Lauper, and now you can add Annie Lennox to the list of remarkable women who helped define pop music in 1983. Sweet Dreams (Are Made of This) was not Eurythmics’ debut album (it was their second), but it was the one that catapulted them into popularity.

The duo (Dave Stewart and Lennox) had a string of successful albums through the 80s before going on hiatus in 1989. They recorded a final album in 1999.

END_OF_DOCUMENT_TOKEN_TO_BE_REPLACED

As I reach my 23rd featured album from 1983, I’ve come to the conclusion that it was an exceptional year for new music. My Decades series always unearths gems, ones I was familiar with and ones I wasn’t, but 1983 has offered up a true bounty.

Add another album to the list of stellar ’83 debuts: Cyndi Lauper’s She’s So Unusual. This album landed four singles in Billboard’s Top Five, making it the first debut by a female artist to do so. Anybody who was alive in the early 80s can tick them off: ‘Girls Just Want to Have Fun,’ ‘Time After Time,’ ‘She Bop,’ and ‘All Through the Night.’

END_OF_DOCUMENT_TOKEN_TO_BE_REPLACED

I think the world is past due for a reappreciaiton of Men at Work.

The Australian New Wave band released three albums between 1981 and 1985, honing a supremely catchy and soulful sound, before breaking up. Their debut Business as Usual spent multiple weeks at #1 on the U.S. Billboard 200, while sophomore album Cargo peaked at #3. They scored four top ten singles, including two number ones.

But outside of an 80s nostalgia channel, when’s the last time you heard one of their songs?

END_OF_DOCUMENT_TOKEN_TO_BE_REPLACED 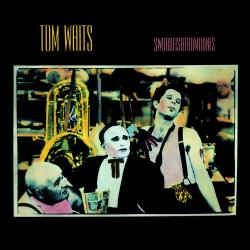 The charms of Tom Waits have largely eluded me, though I can’t say I’ve spent a lot of time trying to figure them out.

One of Waits’ most celebrated albums, Swordfishtrombones, was released in 1983. It marked a move for Waits from piano and strings toward more obscure and eclectic instrumentation, introducing the old-fashioned circus vibe for which he is now well-known.