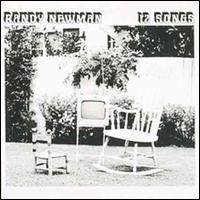 Randy Newman got here by defeating Adele with 90% of the vote in Round One, while The Stones took out Toad the Wet Sprocket in a unanimous vote. Pretty easy pickings for both of them.

Now it gets interesting.

While I love a lot of The Rollings Stones’ work, I’m going with Randy Newman here. There’s nobody as biting, or as touching, and I can’t stand the thought of him leaving the contest this soon.

We met one summer evening as the sun was going down
She was lying on the beach in her graduation gown
She was wrapped up in a blanket (I could tell she knew her way around)
And as I lay down beside her, you know she never made a sound