Randy Newman has written a lot of songs for a lot of Disney movies. He’s received eight Academy Award nominations for his Disney songs alone, winning twice (for ‘If I Didn’t Have You’ from Monsters Inc. and ‘We Belong Together’ from Toy Story 3).

All of that work is excellent, but for my money the best Randy Newman soundtrack for a Disney film belongs to 2009’s The Princess and the Frog. That’s because the content is a perfect match for Newman’s New Orleans jazz-influenced style.

END_OF_DOCUMENT_TOKEN_TO_BE_REPLACED 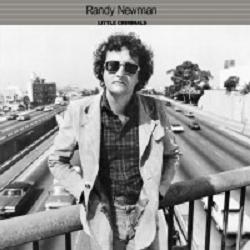 ‘Rider in the Rain’ is a lovely little country and western ditty by Randy Newman, included on his 1977 album Little Criminals. If you think this song sounds like a long lost Eagles track, that’s because Don Henley, Glenn Frey and J.D. Souther provide backing vocals.

Interviewed about Little Criminals at the time, Newman had this to say about today’s SOTD: “There’s also one about me as a cowboy called ‘Rider in the Rain’. I think it’s ridiculous. The Eagles are on there. That’s what’s good about it.”

END_OF_DOCUMENT_TOKEN_TO_BE_REPLACED

The best 1974 album I’ve written about so far, Randy Newman’s Good Old Boys was his fourth studio album and the follow-up to 1972’s brilliant Sail Away.

Good Old Boys started as a concept album about the Deep South, following a character named Johnny Cutler. Newman eventually broadened the focus to the South in general, though bits of Johnny’s story show up throughout the tracklist.

END_OF_DOCUMENT_TOKEN_TO_BE_REPLACED

Dory was played for comic relief, with a hint of melancholy, in the first film, but this one digs into the trauma her condition would understandably cause. The movie plays similar heartstrings as its predecessor, with Dory’s parents’ commitment to finding her mirroring Marlin’s determination to find Nemo.

END_OF_DOCUMENT_TOKEN_TO_BE_REPLACED

When you talk about Pixar’s amazing early run, it’s easy to forget that their second film was actually pretty ordinary. A Bug’s Life certainly didn’t live up to Toy Story and was a let-down three years after that groundbreaking release.

It’s a sweet movie that feels like Pixar Lite. It’s not as laugh out loud funny or hold-your-breath exciting as its brethren, and it doesn’t have the thematic weight of the studio’s best films, but it does each of those things a little bit.

END_OF_DOCUMENT_TOKEN_TO_BE_REPLACED

Join 149 other followers
Meet Me In Montauk
Loading Comments...