The approach worked, with Anti generating the best reviews of her career and producing four hit singles.

It’s been another four years since Anti‘s release and, despite rumors about her ninth studio album, there’s no indication yet of when we might hear it.

END_OF_DOCUMENT_TOKEN_TO_BE_REPLACED 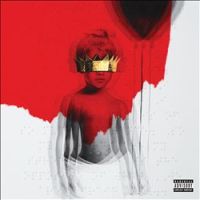 After four straight years of new album releases, Rihanna went silent in 2012 before emerging four years later with one of her best albums, Anti.

While I’m a Rihanna stan going back a ways, and still consider Good Girl Gone Bad and Rated R her crowning achievements, it’s hard to deny the groundbreaking qualities of this album.

END_OF_DOCUMENT_TOKEN_TO_BE_REPLACED

One of the unfortunate trends of Montauk Madness’ first round was the failure of many women to advance. Of 32 acts appearing in Round Two, only four are female. That is down from 15 of the original 64 participants.

Chalk up the poor performance to some very difficult matchups (Miranda Lambert and Shakira faced Bob Dylan and The Beatles, respectively!) as well as a disheartening lack of appreciation for such artists as Tift Merritt and Lana Del Rey.
END_OF_DOCUMENT_TOKEN_TO_BE_REPLACED

I can’t see much overlap between the Barbadian R&B singer Rihanna and the Austin-based indie rock band Spoon, making this one of the oddest decisions yet in the first round of Montauk Madness.

Rihanna is one of the most commercially successful musical artists in history (she recently passed Elvis as the top-selling solo act of all time) and has received quite a bit of critical acclaim as well, especially in recent years. Spoon is a critics’ darling without the sales and notoriety.

END_OF_DOCUMENT_TOKEN_TO_BE_REPLACED

When I sat down to compile my year-end 2016 best song list, I had trouble coming up with a solid top ten, let alone the 20 or so I usually offer. I didn’t buy as many new albums as usual and I was disappointed in most of the year’s Billboard hits. So rather than half-ass a best-of list I’ve decided to instead write about ten meaningful musical memories from 2016.