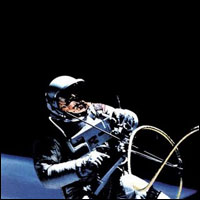 This is the third song from The Afghan Whigs’ album 1965 to appear on the blog, and the second on a Random Weekend.

1985, released in 1998, is the only Afghan Whigs album I own, and it’s a very good one. In both of those previous SOTD posts I called it out as one of the sexiest records I own and I stand by that assessment.

END_OF_DOCUMENT_TOKEN_TO_BE_REPLACED

The Afghan Whigs’ 1965 is one of the sexiest albums I own, not just because its overall sound and feel is sexy (which it is, in spades) but because many of its songs are actively about sex.

Take today’s Random SOTD, ‘Neglekted,’ which to my untrained literary eye appears to be about a woman requesting a specific sex act.

END_OF_DOCUMENT_TOKEN_TO_BE_REPLACED

The Afghan Whigs were a band that came and went in the 90s without much fanfare. They received a lot of critical acclaim for the six albums they released over a 10-year period from 1988 to 1998 but never really broke through the way some of their contemporaries did. Their sound was heavily influenced by R&B classics, with front man Greg Dulli swaggering around like a modern-day Mick Jagger.

Dulli is a doughy white boy who carries on like a real Casanova. Whether his sex-drenched egomaniac persona is an act or the real deal, I don’t know. One track on the 1965 album purportedly features the moans of a woman having sex with Dulli but I wouldn’t be surprised if it was a performance. The Beatles weren’t on a real yellow submarine, either.