I’m wrapping up my two-week celebration of yacht rock with a song that really captures the era. Robbie Dupree’s ‘Steal Away’ has all the hallmarks of a great yacht rock song. It’s richly melodic, impeccably produced, smooth as all get-out and about nothing more or less than stealing away into the night with a forbidden love.

If only they were on a boat.

END_OF_DOCUMENT_TOKEN_TO_BE_REPLACED 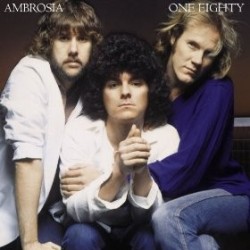 Thanks to Rob for suggesting Ambrosia as another entry in this yacht rock series. I know and like today’s song, ‘Biggest Part of Me,’ but I had no idea who performed it.

Ambrosia is an L.A. band that started in the mid 70s as a prog rock outfit but had their biggest success in 1980 with the album One Eighty, a yacht rock showcase.

END_OF_DOCUMENT_TOKEN_TO_BE_REPLACED

While the yacht rock genre was at its peak in the late 70s and early 80s, the phrase “yacht rock” didn’t enter the lexicon until 2005. Writer/actor J.D. Ryznar created an online series titled Yacht Rock which dramatized the lives of the era’s top names, including Christopher Cross, Michael McDonald and Kenny Loggins.

While people (and Sirius/XM Channel 70) have expanded the definition to include a wide range of soft rock, Ryznar and his collaborators take a very hard line on what they consider true yacht rock. They even maintain a website called Yacht or Nyacht? on which they measure the yacht-ness of songs and artists on a 100-point scale.

END_OF_DOCUMENT_TOKEN_TO_BE_REPLACED 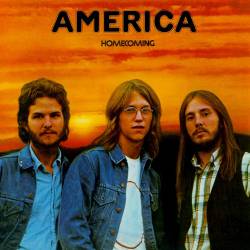 America is an interesting case, as they most certainly qualify as yacht rock (or “west coast” music) despite hailing from merry old England.

The London trio was inspired by Los Angeles-based band Crosby, Stills and Nash and chose their band name because, according to Wikipedia, they “did not want anyone to think they were British musicians trying to sound American.” Which is exactly what they were.

END_OF_DOCUMENT_TOKEN_TO_BE_REPLACED

Another week, another batch of smooth soft rock to soothe your weary soul. Yes, my yacht rock series continues.

Not every yacht rock song is by an artist entirely confined by the genre. While it’s hard to think of a Christopher Cross or Michael McDonald outside of this genre, others have spent some time in this world and lived to see another day.