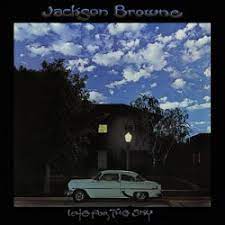 This week I’m kicking off the latest installment of my ‘Decades’ series, wherein I feature songs from renowned albums from a single year across four decades. So far I have covered the first four years of the 70s, 80s, 90s, and 00s. That brings me back around to 1974.

Normally, I count down my own favorite albums from the given year before moving on to albums with which I’m not familiar. This year, though, proves to be a bit of a blindspot for me. While I have passing familiarity with the first five or six albums I’ll feature, I don’t know them well enough to rank them.

END_OF_DOCUMENT_TOKEN_TO_BE_REPLACED

It’s been exactly a month since I wrapped up my deep dive into the albums of Jackson Browne, and now he’s back with the first single from his upcoming release.

Browne’s 15th studio album, Downhill From Everywhere, is due out next month, seven years after what I suspected might be his last effort, 2014’s Standing in the Breach.

END_OF_DOCUMENT_TOKEN_TO_BE_REPLACED 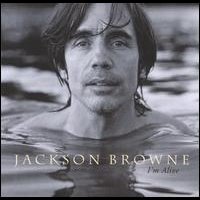 Well, that went fast. Three weeks to explore the nearly 50-year career of Jackson Browne, a great 70s singer-songwriter who managed to stay relevant and interesting well into the new millennium.

Unlike my last deep dive subject, Browne’s friend and collaborator Joni Mitchell, his music did not fall off a cliff in the 80s. While I struggled with a couple of Browne’s albums due to their didactic political lyrics, the music was almost always spot on. He expertly evolved his sound without losing the earnest romanticism that made his work special out of the gate.

END_OF_DOCUMENT_TOKEN_TO_BE_REPLACED

Continuing his pattern of waiting six years between albums, Jackson Browne released his most recent full-length effort, Standing in the Breach, in 2014. At 72, it’s unclear if this will be his last album, though he did release a song for Earth Day last year and has a couple of other small projects under his belt in the past few years.

If Standing in the Breach does prove to be his swan song, it’s a good and fitting one. The album finds Browne in a contemplative, nostalgic mood, and the easy, laid back sound is fitting for a record on which the best songs are about peaceful acceptance.

END_OF_DOCUMENT_TOKEN_TO_BE_REPLACED 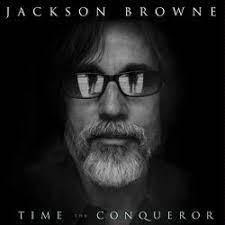 I’m sorry to report that this record is the first in Browne’s catalog that did nothing for me from start to finish. The songs are too long and they lack memorable hooks. Every album I’ve heard so far has served up at least one track I consider a keeper, but not this one.