Captain Marvel Brie Larson isn’t the only Avenger with an album to her credit. Scarlett Johansson, Black Widow herself, has nurtured a music career on the side for more than a dozen years now.

Johansson’s 2008 debut album, Anywhere I Lay My Head, was a decidedly indie affair, featuring 10 covers of Tom Waits songs plus one original track. The murky production and deadpan, smoky vocals turned off many critics, but the release garnered something of a cult following.

END_OF_DOCUMENT_TOKEN_TO_BE_REPLACED 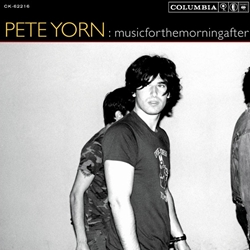 Last week I featured a couple of debut or sophomore albums that propelled artists to fame in the early 70s.

Today’s Random Weekend track comes from a debut album released in 2001 that seemed poised to do the same.

But Pete Yorn, whose Musicforthemorningafter was one of the best examples of the alt-rock genre from the turn of the millennium, never reached the heights this record promised.

END_OF_DOCUMENT_TOKEN_TO_BE_REPLACED

Sometimes an artist puts out just one song that blows you away while everything else he/she does just kind of lies there. This isn’t the same as a one-hit wonder, because often these songs aren’t hits. It’s more of a one-wow wonder, a song that stands so far above its peers that it may as well be the only thing the person ever releases.

Pete Yorn’s ‘Just Another’ is among my favorite one-wow wonders.