Happy Mother’s Day to my wonderful mom, who I haven’t had a chance to hug in a couple of months now. I hope that changes soon.

And Happy Mother’s Day to my lovely wife, who along with our two daughters has made this extended quarantine something special. I’m going to look back on this time fondly, especially when my older daughter leaves for college (coronavirus willing) later this year and we miss the chance to see her all day every day.

END_OF_DOCUMENT_TOKEN_TO_BE_REPLACED

Demolition, Ryan Adams’ collection of outtakes from earlier albums, is as solid as many artists’ top tier work. Today’s track is a particular standout, a song about a man tentatively moving on after a failed relationship (he personifies the women as cities in these lyrics).

This is the second Ryan Adams song to pop up on Random Weekends since he was exposed as an alleged predator and harasser who derailed the careers of many female artists. It’s hard not to at least mention that fact, even as I appreciate his work.

END_OF_DOCUMENT_TOKEN_TO_BE_REPLACED

Ryan Adams isn’t too popular these days, after a New York Times investigation earlier this year exposed him as an overbearing #metoo villain who promised music industry success to women as a way to get them into his bed.

He is reportedly the subject of an FBI investigation and his current tour, as well as three planned albums, have been postponed indefinitely.

END_OF_DOCUMENT_TOKEN_TO_BE_REPLACED

I don’t mean that as a slight to this song, which is fine, but as praise for the rest of Heartbreaker. This is one of the greatest alt-country albums, indie rock albums and break-up albums of all time. Adams followed this record the following year with Gold, an equally good album, and never topped either of those achievements again.

END_OF_DOCUMENT_TOKEN_TO_BE_REPLACED 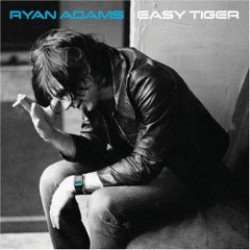 Ryan Adams has released 16 albums in the past 17 years. He once went three years without releasing an album, but he had already made up for that by releasing three albums in a single year.

Of all those releases, the two I know best — the only two I know well, really — are the first two. 2000’s Heartbreaker and 2001’s Gold are both excellent, wide-ranging works and among my favorite records of that decade. In fact, it just struck me that I somehow missed that Heartbreaker was a 2000 release or else it surely would have made my personal best-of list.