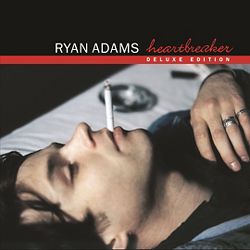 My appreciation and affection for Mandy Moore makes me loathe to spend blog time on Ryan Adams, the man who badly mistreated her during their 6-year marriage, even though he released some truly great music before his career was derailed by numerous accusations of misconduct.

So, while presenting a lovely track from Adams’ excellent 2000 album Heartbreaker, I will use this space to advocate for an Emmy nomination for Moore honoring her amazing work in the ABC show This is Us.

END_OF_DOCUMENT_TOKEN_TO_BE_REPLACED

It seems crazy to me that I’ve written nearly 5,000 Song of the Day posts and yet this is only my fourth featured track from Ryan Adams’ 2000 alt-country album Heartbreaker.

I love this album enough to have posted a track from it all the way back in 2008 for Song of the Day #2. I posted another nine months later. And then nothing, save for a Random Weekend appearance in 2018.

END_OF_DOCUMENT_TOKEN_TO_BE_REPLACED

I don’t mean that as a slight to this song, which is fine, but as praise for the rest of Heartbreaker. This is one of the greatest alt-country albums, indie rock albums and break-up albums of all time. Adams followed this record the following year with Gold, an equally good album, and never topped either of those achievements again.

END_OF_DOCUMENT_TOKEN_TO_BE_REPLACED

It was way back at Song of the Day #2 that I last featured Ryan Adams on this blog. I’ve written about 276 songs since then, and I believe Adams has recorded that many during the same span.

And now we meet again, and I’m featuring another song from the same album I highlighted back then. Adams is perhaps the most prolific songwriter working today but I can’t get past those first two albums, Heartbreaker and Gold, which contain more than enough genius to go around.

Adams recently married Mandy Moore — bright, sunny Mandy Moore — which is kind of funny considering how messed up he comes across in his songs. He once dated Winona Ryder (as have most rock stars) and that seems a better fit.

END_OF_DOCUMENT_TOKEN_TO_BE_REPLACED

Ryan Adams is an artist who could be one of the all-time greats if he’d just stop making so much damn music. This guy writes a new song every hour of every day… which is fine, except he puts them all out on CDs. If you go to the store and pick up a new Ryan Adams release, the odds are pretty good that another Ryan Adams album will be released before you get back home.

So I have mostly given up on following his career closely — it would involve way too much time and money. But he has released two albums that I consider true classics. The first is Gold, which features the hits ‘New York, New York’ and ‘When the Stars Go Blue’ and brought him to national attention. The other, and better of the two, is Heartbreaker, his solo debut.