The last Album of the Year nominee I’ll mention is Post Malone’s Hollywood’s Bleeding. This is Malone’s second straight nod in this category, after 2019’s Beerbongs & Bentleys. I guess the Recording Academy has a soft spot for auto-tuned hip-hop inflected pop songs.

I like Malone well enough based on his media appearances, and a few of his songs have worked for me (specifically, ‘Rockstar‘ and ‘Circles‘). But a quick dive into this album didn’t impress me. It’s a lot of the same mid-tempo, moody pop you find in ‘Circles,’ but with less success.

END_OF_DOCUMENT_TOKEN_TO_BE_REPLACED

Post Malone owns the #2 spot on this week’s Billboard Hot 100 with ‘Circles,’ the fourth single from his album Hollywood’s Bleeding.

Malone has been on quite a run. This is his ninth Top Ten single in the past three years, and his seventh in the Top Five. If ‘Circles’ hits #1, it will be his fourth to achieve that feat. Not bad for a guy who was basically unknown before 2016.

END_OF_DOCUMENT_TOKEN_TO_BE_REPLACED 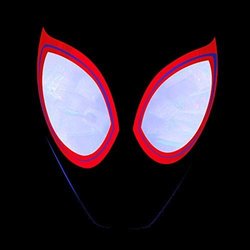 Post Malone scores his fourth top five hit and Swae Lee lands his second with ‘Sunflower,’ a featured track from the great new movie Spider-Man: Into the Spider-Verse.

In the film, the song is a favorite of lead character Miles Morales.

This is as good a time as any to recommend Into the Spider-Verse, which is certainly one of the best attempts to bring the webslinger to the screen (and there have been many).

END_OF_DOCUMENT_TOKEN_TO_BE_REPLACED

Post Malone sits at Billboard’s #12 spot with ‘Better Now,’ the fifth single from his album Beerbongs & Bentleys. This is the third single from that album — following ‘Rockstar’ and ‘Psycho’ — to reach the top ten.

It’s probably the best of the three, though I’ll admit ‘Rockstar’ gets stuck in my head every time I hear it, for better or worse. This one is inoffensive, except in its use of AutoTune.

END_OF_DOCUMENT_TOKEN_TO_BE_REPLACED 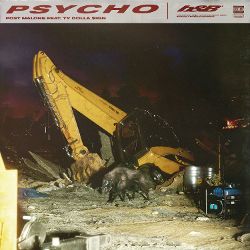 At #4 on this week’s Billboard Hot 100 we have Post Malone with ‘Psycho,’ his follow-up to the smash hit ‘Rockstar.’ While ‘Rockstar’ spent two months at #1, ‘Psycho’ peaked at #2 and appears to be on its way back down the list.

Joining Post Malone on the song is rapper Ty Dolla $ign, who co-wrote and co-produced the track.