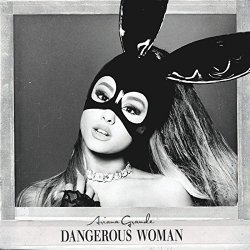 It took me many years to finally embrace pop music. I realize this every time a classic Madonna song plays on the radio and I think to myself “this is damn good” while recalling my utter disdain for all things Madonna when she actually mattered.

Failing to appreciate good pop music is like saying a comedic film is somehow innately inferior to a dramatic one. I was probably guilty of that for a long time, too.

END_OF_DOCUMENT_TOKEN_TO_BE_REPLACED

Although Hillary Clinton’s expected coronation didn’t come to pass, 2016 was a great year for women musically, at least. Pretty much all of my favorite albums last year were recorded by women.

Among them was Ariana Grande’s Dangerous Woman, which included the hit title song as well as ‘Side By Side,’ today’s SOTD ‘Into You’ and ‘Be Alright.’ Those are the songs that hit radio, but the album is solid start to finish.

END_OF_DOCUMENT_TOKEN_TO_BE_REPLACED 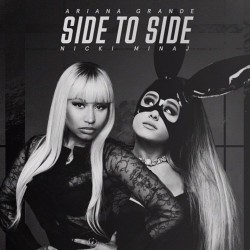 Somehow, despite a lot of effort, Grande herself remains relatively unsexy. Maybe that’s due to her hamster-like size, or the lingering memory of her more innocent Nickelodeon days. But she dresses provocatively and surrounds herself with full-grown adult women and gives it her best shot.

END_OF_DOCUMENT_TOKEN_TO_BE_REPLACED

It’s a familiar phenomenon — the Disney child starlet releasing her first real “grown-up” album, embracing frank sexuality in a bid to shock the pop culture system and free her of those PG shackles.

Britney Spears and Christina Aguilera made the move in the early 2000s. Demi Lovato and Selena Gomez did it in the past couple of years. And now it’s Ariana Grande’s turn.