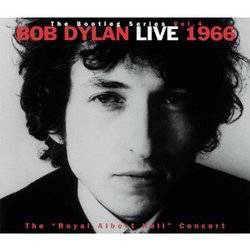 The Random iTunes Fairy has pulled this “two days, same artist” routine often enough on Random Weekends that I’m tempted to suspect foul play. As much as I know about the apparent patterns that show up within random distributions, sometimes it just seems fishy.

Today’s selection is one hop in the time machine away from yesterday’s. After hearing Bob Dylan croaking through a cut from the 2009 album Together Through Life, here we find him kicking off a famous concert in 1966.

END_OF_DOCUMENT_TOKEN_TO_BE_REPLACED 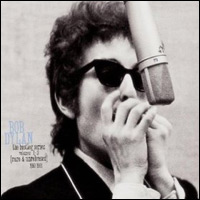 My #3 album of 1991 is admittedly a bit of a cheat, as most of its songs were recorded decades earlier. But Bob Dylan’s The Bootleg Series, Vol 1-3: Rare & Unreleased 1961-1991 marked the first time most of these outtakes and demos were officially released.

This three-disc set covered Dylan’s earliest years up through his spotty 80s output, and found hidden gems throughout. Incredible songs inexplicably left off of mediocre albums, alternate takes of all-time classics, demos recorded before anybody knew the name Bob Dylan.

END_OF_DOCUMENT_TOKEN_TO_BE_REPLACED 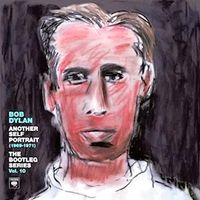 Here’s a cut from Bob Dylan’s 2013 Bootleg Series release Another Self Portrait, which compiled alternate and discarded takes from the sessions for his most loathed album, Self Portrait. It’s a fine collection, and one that makes you wonder how Dylan ended up with such a dog of an album given the source material.

However, even more entertaining than the music on Another Self Portrait is the comment section of my initial post about this album back in 2013.

END_OF_DOCUMENT_TOKEN_TO_BE_REPLACED 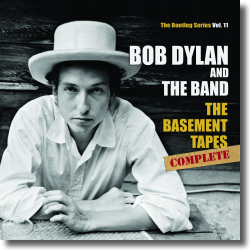 Of all the Bob Dylan Bootleg Series releases, volume 11 (The Basement Tapes Complete) is definitely the most impressive.

Spanning six discs and 138 tracks, this volume contains all of the unreleased tracks recorded by Dylan and The Band in the basement of a house called Big Pink between May and October of 1967.

END_OF_DOCUMENT_TOKEN_TO_BE_REPLACED

Among the great finds on Bob Dylan’s first Bootleg series were two tracks recorded for 1983’s Infidels but inexplicably left off.

Mark Knopfler produced Infidels but had to go on tour before the final mixing and sequencing, leaving that to Dylan himself. Dylan decided to omit the tracks ‘Foot of Pride’ and ‘Blind Willie McTell.’