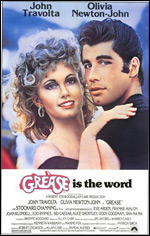 I don’t know if this will be a controversial choice as my #1 musical on the AFI list, but I have to say it wasn’t even close. Since I first saw Grease as a kid, this has been not just the best musical I’ve ever seen but one of my favorite movies, period.

This movie is such a blast from start to finish — from the melodramatic beachside embrace to the greatest end-of-school carnival ever. It’s impossible to start Grease and not finish it.

END_OF_DOCUMENT_TOKEN_TO_BE_REPLACED 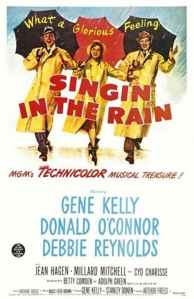 My biggest blind spot going into this project. I wrote about my newfound love for The Sound of Music when I kicked off this series back in June.

My biggest surprise. I knew next to nothing about this beautiful film before watching it, except that it featured one of my all-time favorite songs, ‘Have Yourself a Merry Little Christmas.’ Now it’s one of my favorite musicals.

END_OF_DOCUMENT_TOKEN_TO_BE_REPLACED 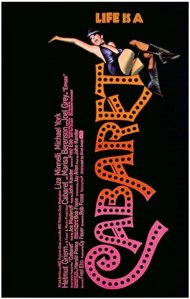 One of two movies I’ve ranked in the same position as AFI, Cabaret is the second Bob Fosse-directed film on the list, and in my view a much more successful one than his other entry, All That Jazz.

Based on the 1966 stage show by John Kander and Fred Ebb, the film follows the denizens of the Kit Kat Klub in Berlin during the rise of the Nazi party in 1931.

END_OF_DOCUMENT_TOKEN_TO_BE_REPLACED 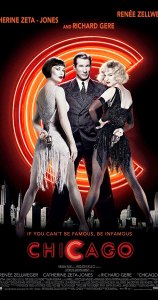 I’ve already written about how much I loved Barbra Streisand’s performance in this great film.

The most recent movie on the AFI list, director Rob Marshall’s Chicago is credited with sparking a revival of the musical genre in the 2000s, after it had been largely relegated to the world of animation.

END_OF_DOCUMENT_TOKEN_TO_BE_REPLACED 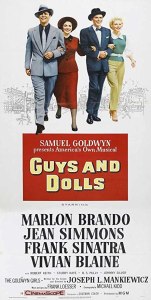 Frank Sinatra fared well in my rankings, with his two AFI-recognized films placing at #11 (On the Town) and now #8. Sinatra’s film career is almost as impressive as his singing career, with multiple comedic and dramatic roles, an Academy Award (for 1953’s From Here to Eternity), several films as a producer and one as a director.

Sinatra is a treat in Guys and Dolls, but it’s his co-star Marlon Brando who really made this film for me. Brando as a song-and-dance man is not something I expected to encounter during this project.