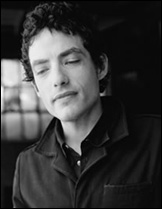 Like his father, Dylan has a way with war songs. And also like his father, he does a nice job not singing about the specific skirmish in which we currently find ourselves. Though it was written during the Iraq war, it could just as easily be about World War II or the Civil War. There is something elemental about the experience of men (and women) at battle that transcends the politics of war.

Given that, it’s a shame that this YouTube video does politicize the song… and in an awkward manner. I couldn’t tell where it was coming from until the end with the shots of Bush and McCain. And I’m not sure what Bush’s dog has to do with anything.

So ignore the video and just listen to the sound of the next generation doing his father proud.