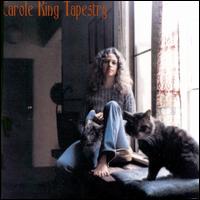 Here’s a Rock & Roll Hall of Fame induction that should have happened years ago. Carole King has been eligible for inclusion since 1986 and has been nominated only once before, in 1989. More than three decades later, she’s finally in.

To be fair, King has been a member of the Hall of Fame as a songwriter — alongside former co-writer/husband Gerry Goffin — since 1990. But she has now earned an additional spot as a performer. This makes King one of only three women inducted into the Hall twice (alongside Stevie Nicks and a woman I will post about next week).