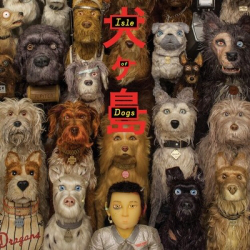 I can’t remember the last movie I loved as instantly as Wes Anderson’s Isle of Dogs. Not even a minute into the film’s prologue, which tells the story of a boy samurai who defended the “underdog dogs” against total canine annihilation and “beheaded the head of the head of the Kobayashi clan,” I was smitten.

The prologue segues into an opening credits sequence featuring a trio of young taiko drummers performing in the center of a gymnasium. And all of this is rendered in the most dazzling stop-motion animation I’ve ever seen.

END_OF_DOCUMENT_TOKEN_TO_BE_REPLACED 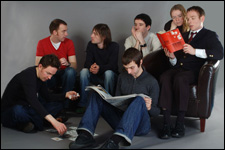 The Scottish septet very nearly made my top five but the tough competition edged them out to the unofficial sixth spot.

Eight full-length albums and a couple of dozen B-sides and EP tracks should keep me in twee indie-pop heaven for quite awhile.

END_OF_DOCUMENT_TOKEN_TO_BE_REPLACED 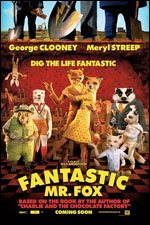 I’m intrigued by the critical reception to Wes Anderson’s adaptation of Roald Dahl’s children’s novel, Fantastic Mr. Fox. It currently sits at 92% on the Rotten Tomatoes scale, with 100% of the ‘Cream of the Crop’ critics reviewing it positively. It is by far the best-reviewed film of Anderson’s career.

I don’t disagree with those critics — on the contrary, I love the film — but I wonder why it’s this film and not, say, Rushmore or The Royal Tenenbaums that has garnered such praise. Is it because of a built-in forgiveness toward quality animated films or children’s films that elevates any of them that are different and better than the norm?

END_OF_DOCUMENT_TOKEN_TO_BE_REPLACED

Two weeks ago I got the great news that Ben Folds has a new album due out next month.

This week’s great news comes from the world of DVDs.