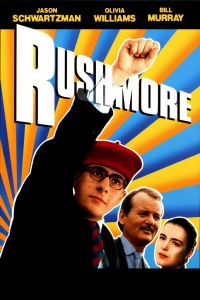 I’m wrapping up my two-week deep dive into the films of Wes Anderson with a few summarizing thoughts and a look at my newly revised rankings.

The average shift from my old Wes list to the revised one was 1.4 slots per movie, with four of the nine not moving at all. The only films to move more than one position were Moonrise Kingdom and Bottle Rocket, which basically swapped their spots. Generally, my reactions were reinforced rather than changed by this rewatch.

END_OF_DOCUMENT_TOKEN_TO_BE_REPLACED

Wes Anderson’s most recent film, as of late September 2021, is the 2018 animated film Isle of Dogs. This movie marked his return to the stop-motion animation style he used for Fantastic Mr. Fox.

Isle of Dogs is rated PG-13 for “thematic elements and violent images,” which seems a bit of a stretch. Most of Anderson’s movies are rated R, which seems unusual given his twee sensibility, until you start to catalog the foul language, frank sexuality and bursts of violence. The two animated films, however, are certainly appropriate for kids.

END_OF_DOCUMENT_TOKEN_TO_BE_REPLACED

In early 2020, I counted down my top 20 films of the previous decade, and Wes Anderson’s 2014 The Grand Budapest Hotel showed up at #17. In that post, I mentioned that I owed Moonrise Kingdom another viewing, but hadn’t gotten around to it in time.

If I were redoing that list today, Moonrise Kingdom would definitely be on it, and pretty high up. But The Grand Budapest Hotel wouldn’t lose any ground. In fact, I’d likely move it higher as well. Subsequent viewings have only cemented it as one of Anderson’s most accomplished and enjoyable films.

END_OF_DOCUMENT_TOKEN_TO_BE_REPLACED

Revisiting all of Wes Anderson’s films in order didn’t result in shuffling my ranking very much. I’ve seen most of these movies many times, even if some of those viewings were years ago, so my opinions are pretty baked in.

The one major exception is 2012’s Moonrise Kingdom. Pre-pandemic, I hadn’t revisited this one since it first came out in theaters, and it sat near the bottom of my Anderson ranking. Well, now I’ve seen it three times in the past 18 months (including twice in the past week), and it’s moving close to the top.

END_OF_DOCUMENT_TOKEN_TO_BE_REPLACED

Continuing my assessment of the career of writer/director Wes Anderson, I’ve arrived at 2009’s Fantastic Mr. Fox. This was Anderson’s first adaptation and his first animated film.

Coming on the heels of The Life Aquatic and The Darjeeling Limited, both of which received lukewarm critical receptions, Fantastic Mr. Fox was greeted as a comeback and return to form for the auteur. It boasts a Rotten Tomatoes score in the mid-90s and grossed $47 million.