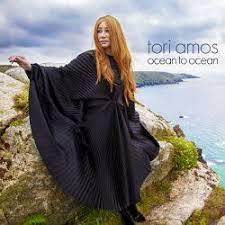 Tori Amos. To quote Obi-Wan Kenobi in Star Wars, “Now that’s a name I haven’t heard in a long time.”

The indie singer-songwriter released her 16th album, Ocean to Ocean, last month. And while I feel like she has been missing since her heyday in the early 90s, this is actually her fifth new studio album in the past decade. In fact, the four years between this record and her last is the longest she’s gone between releases in her career.

END_OF_DOCUMENT_TOKEN_TO_BE_REPLACED

It’s a bit of a cheat to list Tori Amos’ debut album Little Earthquakes this week, because the album isn’t new to me. In fact, when it came out I was convinced it was close to a masterpiece.

But Amos lost me somewhere down the line… perhaps on her sophomore album, Under the Pink. Not only did I never own another of her records, but I haven’t listened to this one since the year it came out.