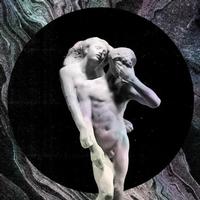 I didn’t have much to say about today’s random selection, the final track from Arcade Fire’s 2013 album Reflektor. But then I realized it was originally written for the Spike Jonze movie Her and shows up during that film’s end credits, so that gave me a bit of a hook.

Her is one of a handful of films from the last decade that I wish I had revisited before compiling my ‘Best Movies of the 2010s’ list. It’s not that I think it would have a fighting chance of making the list, but it’s a movie I feel I owe a reconsideration.