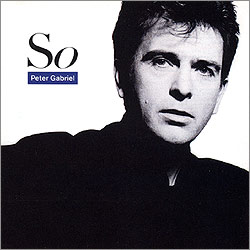 It’s time for another look at a Rock & Roll Hall of Fame class. I’ve covered the inductees from 2015 through last year, so this week I’m looking back to 2014. We have six inductees to cover, all in the ‘Performers’ category.

First up is Peter Gabriel, who was previously inducted into the Hall alongside his Genesis bandmates in 2010. Gabriel became eligible for solo inclusion in 2003, and was nominated for the first time in 2014, the year he got in.

END_OF_DOCUMENT_TOKEN_TO_BE_REPLACED

I love when the Random iTunes Fairy dials up a song I’m sure I must have featured on the blog before, a song I truly love, and it turns out I’ve never written about it.

‘We Do What We’re Told (Milgram’s 37)’ is the sixth song I’ve featured from Peter Gabriel’s excellent 1986 album, So, an album that has only nine songs in total. It’s a largely instrumental cut but for some background chanting of the title phrase and a brief outro by Gabriel.

END_OF_DOCUMENT_TOKEN_TO_BE_REPLACED

Our next Round Two contestants are around the same age and have each been recording for five decades, making for a nice heavyweight matchup.

Peter Gabriel defeated Josh Rouse in Round One, picking up 67% of the vote. Van Morrison has an even easier time, dispatching Barenaked Ladies with 91%. END_OF_DOCUMENT_TOKEN_TO_BE_REPLACED

Surprisingly, I’ve never featured Peter Gabriel’s ‘Sledgehammer’ before, though I’ve blogged about four other tracks on the 9-song So album. This song was the record’s biggest hit, and Gabriel’s biggest North American hit, period.

Two other interesting bits of trivia I learned from the song’s Wikipedia page: the song ‘Sledgehammer’ replaced at #1 on the charts was ‘Invisible Touch’ by Gabriel’s former band, Genesis; and ‘Sledgehammer’ is the most-played video of all time by MTV.

END_OF_DOCUMENT_TOKEN_TO_BE_REPLACED 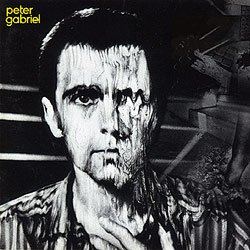 Peter Gabriel’s first four solo albums were all titled Peter Gabriel for some reason. His third, released in 1980, is popularly referred to as Melt due to its cover image.

As a kid, I owned this album on vinyl but didn’t play it very often. I remember it best for closing track ‘Biko,’ which I once played at school for an assignment asking us to pick a song about an historical figure. Pretty cool choice for an elementary school, if you ask me.