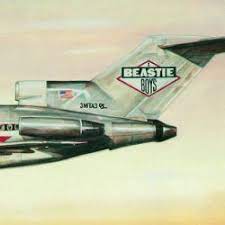 Shockingly, this is the first Beastie Boys song featured on this blog in the 13 years I’ve been posting daily. Not that I’m a big fan or anything, but it’s hard to believe they haven’t popped up on a Random Weekend before now, or that I didn’t find room for one of their hits.

The band’s 1986 debut, Licensed to Ill, was certainly a hit. It sold more than 10 million copies in the U.S. and became the first rap album in history to reach #1 on the Billboard 200. The first rap single to reach #1 on Billboard’s Hot 100 was Vanilla Ice’s ‘Ice Ice Baby,’ meaning white dudes own both of those milestones. Go figure.