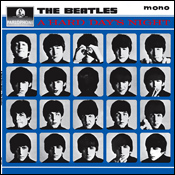 The final Montauk Madness post honors The Beatles, who won the bronze medal over Bob Dylan with 63% of the vote.

In an alternate universe, the Fab Four would be our overall winners. They lost to Elvis Costello in the semi-finals after an influx of Costello votes from a fan site, and otherwise would likely have won. Had they advanced to the finals, I’d give them pretty good odds against Billy Joel.