As always, I will feature my own top five albums of the year before exploring songs from ten celebrated albums I’ve never heard. All clear?

END_OF_DOCUMENT_TOKEN_TO_BE_REPLACED 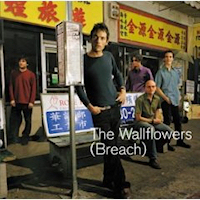 I did a creative writing assignment for one of my high school English teachers that consisted of a collection of poems and short stories. I’m not a real fan of poetry, but I enjoyed taking a stab at it. I actually still have the project and it’s almost painful to read now… a reminder of how tragically earnest and superficially deep I was at that age.

I still remember a comment my teacher wrote on one of those poems. Next to a particular turn of phrase he scribbled this: “Great line! Could drive a whole poem… and doesn’t, yet.”

I think it’s the “yet” that made that comment stick in my brain. Such an odd formulation. Wouldn’t most people write “and yet it doesn’t.”?

END_OF_DOCUMENT_TOKEN_TO_BE_REPLACED

I feel bad for Jakob Dylan, one of the most underrated songwriters in my collection. I mean, how do you expect to forge an independent career when your dad is friggin’ Bob Dylan?

He’s gone at it a few ways. Early on he didn’t say anything about his dad. People asked, of course, but he tried to let his music speak for itself. Later, he wrote some songs that mentioned his father and opened up a bit more in interviews, usually to say that Bob was a very devoted family man. The stories were interesting, but it didn’t do much to help his sales.

Lately he doesn’t get much press at all, so his last name isn’t really a problem… nobody seems to know or care much about him or his pedigree.