The song is a tribute to Adelaide, South Australia, where Folds lived from 1999 to 2006 after marrying native Aussie Frally Hynes. Hynes was Folds’ third wife and is the mother of his twin son and daughter. Since their split, he has married twice more.

END_OF_DOCUMENT_TOKEN_TO_BE_REPLACED 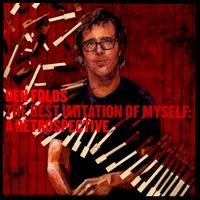 It’s been five years since Ben Folds’ last album release, and that one (2015’s So There) was a collaboration with a chamber orchestra, with half of its running time dedicated to an instrumental suite.

That makes it a full decade since his last full-length release, 2010’s Lonely Avenue, and on that album he handed the lyrical reins to novelist Nic Hornby. Which makes it 12 years since Folds released an album of his own material. That was 2008’s Way to Normal, a decent collection but one that too often found Folds relying on sophomoric humor.

END_OF_DOCUMENT_TOKEN_TO_BE_REPLACED

Always nice to hear new music from Ben Folds, whose last album (a half-instrumental collaboration with chamber ensemble yMusic) came out five years ago, and whose last traditional album was released five years before that.

Folds’ new song, ‘2020,’ was inspired (if that’s the right word) by the crazy combination of disasters visited upon the United States this year. Here’s hoping he has more new material on the way.

END_OF_DOCUMENT_TOKEN_TO_BE_REPLACED

Ben Folds, one of my favorite artists, had a very lean decade. His last solo release was 2015’s So There, an album recorded with the chamber ensemble yMusic that featured a handful of songs plus an orchestral piece. Before that, you have to go all the way back to 2010.

But that 2010 album was a doozy. Written in collaboration with novelist/screenwriter Nick Hornby, Lonely Avenue is possibly Folds’ best work outside of Ben Folds Five (and speaking of that trio, 2012 did see a very good reunion album by the band titled The Sound of the Life of the Mind).

END_OF_DOCUMENT_TOKEN_TO_BE_REPLACED 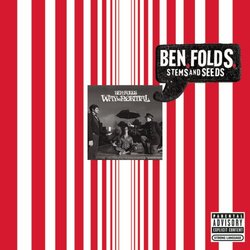 Ben Folds wrote a song called ‘Hiroshima’ for his 2008 album Way To Normal. The lyrics describe a time he was performing in Japan and fell off the stage, suffering a semi-serious head injury. He continued playing as blood poured down his face.

Apparently he later returned to Japan and performed that song in Japanese, which is the version presented here. It appeared on an alternate version of Way To Normal called Stems and Seeds, which included different mixes of the original album’s tracks plus other odds and ends.