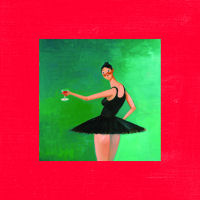 I read a recent interview with Kanye West in which he expressed delight at the fact that he’s reached the pinnacle of stardom in the music world despite the fact that he “can’t sing, can’t dance and can’t play an instrument.”

Indeed, those would seem like important qualities (the singing and playing instruments, anyway) and 20 years ago it’s hard to imagine a man like West finding a career — as a performer — in the industry. He no doubt would have been a fine producer back then, and he’s one of the finest we have today.

But West is definitely not content to live behind the scenes. He craves the spotlight, despite (or maybe because of) the harsh light in which it paints him. On his messy, brilliant new album, My Beautiful Dark Twisted Fantasy, he spends 70 minutes laying bare his flaws, fears and insecurities and proclaiming himself the greatest artist who ever lived — often at the same time.

END_OF_DOCUMENT_TOKEN_TO_BE_REPLACED 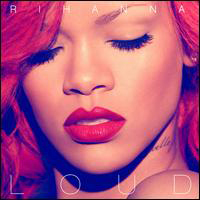 Rihanna’s new album, Loud, has received a lot of positive reviews, and invariably each of them mentions that it’s a “return to form” or “welcome homecoming” as compared to last year’s very dark Rated R. This is a common pattern in music reviews that has always bugged me… the need to diminish an artist’s previous album in order to celebrate a new one.

Those same reviewers fell all over themselves last year praising Rated R as a gritty, emotional powerhouse of a pop album (Entertainment Weekly even named it the best album of 2009). But it’s always tempting to paint every success as rebound or redemption.

END_OF_DOCUMENT_TOKEN_TO_BE_REPLACED

In writing advance posts for my Elvis Costello Weekends, I recently revisited Almost Blue, his 1981 album of country covers.

It was five years before he would infuse those country influences into his own songs on King of America. It was 18 years after that that he explored country blues on The Delivery Man. And four years later he paired up with rootsy producer T Bone Burnett for the country/bluegrass album Secret, Profane and Sugarcane.

Costello doesn’t like to repeat himself. If you want an inkling of what to expect from him next, the very last place you should start is whatever it is he just finished.

END_OF_DOCUMENT_TOKEN_TO_BE_REPLACED

In July, I dedicated a couple of weeks to the hottest songs of the summer — songs I ordinarily wouldn’t hear because I never listen to the radio. Among those was V.V. Brown’s ‘Shark in the Water.’

It was my favorite of the 20 summer songs I featured, and intriguing enough that I went ahead and bought Brown’s album a few weeks later. And boy, am I glad I did.

Brown’s Travelling Like the Light is the most self-assured and dynamic debut album I’ve heard in years. She has a command of her material that allows her to jump between genres and styles without sacrificing cohesion. The result is a fun and dizzy blend of retro pop, rock and soul.

END_OF_DOCUMENT_TOKEN_TO_BE_REPLACED

I wish I’d had a Taylor Swift when I was 15 years old. Somebody smart, talented, poised, level-headed and classy who nonetheless makes very human mistakes and isn’t afraid to explore them openly and eloquently.

When you have the likes of Ke$ha and Katy Perry soiling the airwaves, it’s comforting to see Swift outshine them all, selling more than a million copies of her latest album, Speak Now, in a week.

Speak Now is the first Taylor Swift album I’ve owned (though I do have a CD full of her songs hand-picked by my niece, a huge fan every bit as poised, smart and talented as her idol). And after just a few listens, it has impressed me as a fine addition to a year in music that has been full of great surprises.