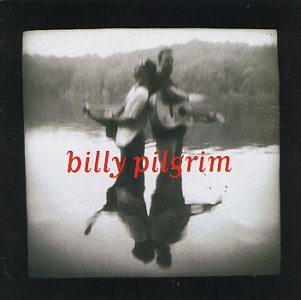 This song on frequent commenter Dana’s list of favorites jumped out at me as a real blast from the past. I haven’t listened to Billy Pilgrim’s debut album in years, and that’s a shame because it’s wonderful.

That 1994 self-titled debut is one of the best first albums ever by a band that went absolutely nowhere. Billy Pilgrim was dropped by their label three years and one studio album later, with Kristian Bush going on to find success with Sugarland and Andrew Hyra joining the lesser-known Smokin’ Novas.

‘Halfway Home’ is a standout track on this album, a simple acoustic number about a man measuring his life one leg of his commute at a time. I used to assume the song was about a truck driver, but the narrator references a “car” at the end, so I guess not. If it were written 20 years later, I’d say he works for Uber.

I love this pick for a ‘favorite songs’ list because it’s so unexpected. Apart from a handful of people who followed this band during their early days in Georgia, I bet you won’t find a soul placing this obscure but lovely song on such a list.

And me
Halfway to work, halfway home

My doctor says my blood is pressuring me
Mama says this love is measuring me
Up each tick turned off
The road ices long before the bridge
Son just sit a while, and let the whiskey dull the edge