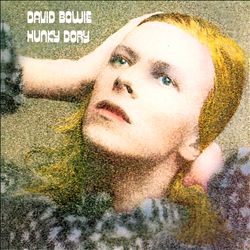 Continuing the chronological presentation of my 25 favorite songs…

This is the first of six songs from the 70s to make my list (tying that decade with the 80s for most represented). I guess that makes sense, given that those two decades made up my first 18 years, and isn’t that when music makes its biggest impact?

That’s one theory, but a deeper dive reveals that half of those 12 songs — including both of today’s featured tracks — didn’t find me until much later. So maybe they were just good musical decades.

Yesterday I wrote that three of my favorite songs first appeared in movies. True enough, but several more of them first made an impression on me through the movies. ‘April Come She Will’ was an example of that. And so is David Bowie’s ‘Life on Mars?’

Bowie was a big blind spot for me right up until his death, when I decided to do a deep dive into his catalog. But I discovered this song when it played during a scene from Wes Anderson’s 2004 The Life Aquatic with Steve Zissou. That short snippet of the song’s chorus was enough for me to know it was something special.

I guess it’s appropriate I first heard this song in a movie, because the lyrics are about a girl seeking escape in a movie theater. Instead, she finds a collision of capitalism and corruption offering no distraction from her mundane life. Bowie takes a dim view of art in this song, which is ironic because he creates a transporting work of art while doing it.

[Note: My original post of this song might be one of the only Songs of the Day to not include a contribution from frequent commenter Dana. I’m sure he’ll want to remedy that!]

This is the unlikeliest song on this list, considering that not too long ago I considered myself a hater of the Eagles. My feelings evolved a few years back when I took off the blinders and dove into their early catalog with an open mind.

That exercise didn’t make me an Eagles completist, by any means, but it did give me a deep appreciation for the early hits. And it cemented ‘Peaceful Easy Feeling’ among my favorite songs. I love its soothing country-folk rhythms and its breezily optimistic outlook on life and love.

The track is sung by Glenn Frey, but it was written by Jack Tempchin, a solo artist who also wrote the Eagles’ ‘Already Gone’ and a host of songs for other performers.

[Verse 1]
It’s a god-awful small affair
To the girl with the mousy hair
But her mummy is yelling, “No!”
And her daddy has told her to go
But her friend is nowhere to be seen
Now she walks through her sunken dream
To the seat with the clearest view
And she’s hooked to the silver screen

[Chorus]
Sailors fighting in the dance hall
Oh, man, look at those cavemen go
It’s the freakiest show
Take a look at the lawman
Beating up the wrong guy
Oh, man, wonder if he’ll ever know
He’s in the best selling show
Is there life on Mars?

[Verse 2]
It’s on America’s tortured brow
That Mickey Mouse has grown up a cow
Now the workers have struck for fame
‘Cause Lennon’s on sale again
See the mice in their million hordes
From Ibiza to the Norfolk Broads
Rule Britannia is out of bounds
To my mother, my dog, and clowns

[Chorus]
Sailors fighting in the dance hall
Oh, man, look at those cavemen go
It’s the freakiest show
Take a look at the lawman
Beating up the wrong guy
Oh, man, wonder if he’ll ever know
He’s in the best selling show
Is there life on Mars?