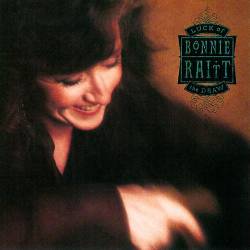 My #6 album of 1991 is the female counterpart to yesterday’s selection of Marc Cohn’s debut album. As with that record, I haven’t spent a lot of time listening to Bonnie Raitt’s Luck of the Draw over the years, but there’s no denying its greatness.

Raitt has such a great voice and sound that you can listen to her singing anything and come away satisfied. One of my co-workers tunes her Alexa to the Bonnie Raitt station every time it rains, and I totally get why.

With Luck of the Draw, Raitt married that soul-stirring sound with a batch of terrific songs, including pop hits ‘Something to Talk About’ and ‘Not the Only One,’ and devastating ballads ‘I Can’t Make You Love Me’ and ‘All at Once.’

Released 20 years into a brilliant career, Luck of the Draw sold seven million copies in the U.S. alone and remains Raitt’s top-performing album.

On a side note, today is my 22nd wedding anniversary. This album features a whole lot of sad songs but fortunately it has a sparkling love song as well, and so I dedicate today’s SOTD to my wife.

I was in a daze, movin in the wrong direction
Feelin that I’d always be the lonely one
Then I saw your face, on the edge of my horizon
Whisperin’ that I wasn’t the only one
The lonely one

One change intervention, see what it can signify
The slightest misapprehension, baby
And we’d have passed each other by
When I heard your sweet voice callin’
Saw your light come shinin’ through
I couldn’t stop my heart from turning
Churnin out my love for you, my love to you

I was in a daze, movin in the wrong direction
Feeling that I’d always be the lonely one
When I saw your face through the web of my confusion
Whisperin’ that I wasn’t the only one
The lonely one