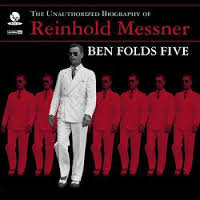 I had a harder time than I expected making a pick for Day 24 of the 30 Day Music Challenge, which asks for ‘A Song By a Band/Group You Wish Were Still Together.’

For one thing, most of my favorite artists turn out to be soloists. And the bands are either still together or past the point of getting back together. I don’t see The Beatles, for example, as eligible for this category because two of them are dead. I don’t think my wishing they were back together extends to wishing people back to life.

Another thought was Vampire Weekend, who recently suffered the loss of songwriter and multi-instrumentalist Rostam Batmanglij to a solo career. But the band is still together (and still collaborating with Batmanglij).

I was almost settled on R.E.M., who first dealt with the departure of drummer Bill Berry before officially breaking up 14 years and five so-so records later. But I used R.E.M. for my first 30 Day Music Challenge entry and I’ve vowed not to repeat an artist throughout.

So that brings me to Ben Folds Five, one of my favorite bands, who broke up in 2000. They did reunite in 2011 to record a new album, The Sound of the Life of the Mind, but have since gone on hiatus again while Folds focuses on his solo career. I love the chemistry these guys have, and as much as I love Folds’ work outside of the band, I maintain that his best work was with them.

Well I thought about the army
Dad said, “Son, you’re fuckin’ high”
And I thought, yeah there’s a first for everything
So I took my old man’s advice

And in June reformed without me
And they’d got a different name
I nuked another grandma’s apple pie
And hung my head in shame, oh