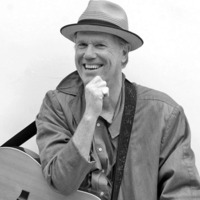 In order to maintain my daily blog schedule, I write these entries well in advance. So this is a tricky one… as I write this, a week before election day in the midst of the newest Clinton email scandal, it’s conceivable that it will be going live when we have a President-elect Trump.

Now I’m pretty confident that Clinton has this in the bag. I’ve felt that way for a year, in fact, before Access Hollywood and three knockout debates and all the rest. But the last thing I want to do is jinx things by posting some sort of congratulatory song before the chickens have hatched.

So I was in a bind. But Loudon Wainwright III solved the problem for me. His entry in the 30 Days, 30 Songs project turned out to be a perfect choice for an uncertain election morning-after.

This song describes either the world that might have been or the world we’re now in. This is the Schrödinger’s cat of blog posts.

Initially I didn’t want to write a song about Donald Trump but, sometimes, in the course of human events, things get so weird that you can’t look a gift horse in the mouth, especially if the horse has a real mouth on him. In the past, I’ve taken pot shots in song at political figures of fun like Jesse Helms, Newt Gingrich, Bill & Hill, Bush, Cheney, et al., but folks—this is serious. We hold some truths to be self-evident and apparently Mr. Trump does not.

I had a dream I woke up in a cold sweat
The Donald was elected in a huge upset
He made a bad deal with Putin a secret pact with Assad
Told the Pope where to go I swear to God
As for the Supreme Court he got to choose
He filled the vacancy up with Lyin’ Ted Cruz
His face was bright orange and his hair was just weird
But we were made great again, embarrassed and feared

I had a dream here’s how it went
I dreamed that the Trumpster was the president
His little finger on the button, he was doin’ his thing
Our new national anthem was “my ding-a-ling”
We were bought and sold like in Monopoly
He had the most hotels in the land of the free
Locked up the opposition and the demonstrators too
that would be me and it might be you