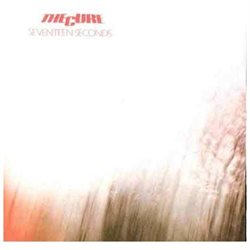 The Cure is one of those quintessential 80s bands that helped define the New Wave era, particularly in the mid to late part of the decade. They started their career in the late 70s in a gloomy goth mode that persisted — at least in the band’s appearance — even after they were writing far poppier material.

I’m familiar only with a few of The Cure’s hits, and I like those a lot. Whether that appreciation would carry over to a whole album is anybody’s guess.

1980 saw the release of The Cure’s sophomore album, Seventeen Seconds. This album features the dark, gloomy sound the band was known for through their 1982 album Pornography.

‘A Forest’ is the album’s brooding centerpiece, and a track the band would go on to play live more than any other in their catalog.