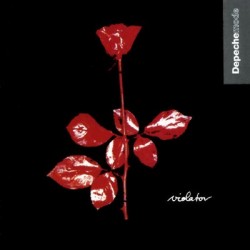 Now that I’ve counted down the (very few) 1990 albums that mean something to me, I turn my attention to the ones I don’t know, or don’t know well.

I scoured as many critics’ lists as I could and narrowed the list down to ten albums that appear on all or most of them.

THe album that showed up the most, by far, was Depeche Mode’s Violator. The seventh studio album by the British New Wave act was not just a critical hut but also the best seller in their 35+ year career.