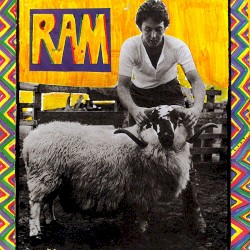 When it comes to 1971 albums released by ex-Beatles, you have John Lennon’s Imagine on one end of the spectrum and Paul McCartney’s Ram on the other.

Written and recorded by Paul and wife Linda, Ram is a bit of a mess, sounding more like a poor Beatles imitation than a coherent solo album by one of the world’s great songwriters. Listening to this record and Imagine side by side, it would be easy to conclude that John was the driving force behind all those classic Lennon/McCartney songs.