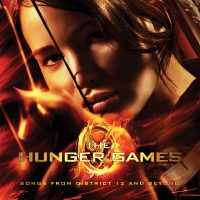 This is the fifth Random Weekend song from the Hunger Games soundtrack, a compilation of songs “inspired” by the 2012 film.

This was a worthy collection, featuring contributions from Taylor Swift, Miranda Lambert, Arcade Fire, Glen Hansard, Maroon 5 and Kid Cudi, among others. Today’s track comes courtesy of the great Neko Case, who wrote two songs for the film but had only one selected for the soundtrack.

END_OF_DOCUMENT_TOKEN_TO_BE_REPLACED

The Hunger Games soundtrack is the gift that keeps on gving, popping up on Random Weekends to deliver somber ballads appropriate to the film’s dystopian Appalachian setting.

Today’s example is from Punch Brothers, a “progressive bluegrass” band that formed a decade ago in Brooklyn (of course).

END_OF_DOCUMENT_TOKEN_TO_BE_REPLACED

I like when my Random Weekends produce a song that is new to me.

This one comes from the Hunger Games soundtrack, which I bought due to the presence of Pistol Annies, Neko Case, Arcade Fire, Maroon 5 and Taylor Swift. I think I listened to the whole thing through only once.

I don’t know who The Carolina Chocolate Drops are, but this is a nice enough track. It does a good job channeling the Appalachian dystopia of the book and film.

END_OF_DOCUMENT_TOKEN_TO_BE_REPLACED

News of the soundtrack to The Hunger Games came out months before the movie was released, and the lineup suggested the album might be a greater artistic achievement than the film.

Produced by T Bone Burnett, who worked his magic a decade ago on the Grammy-winning O Brother Where Art Thou? soundtrack, the record features contributions from Taylor Swift, Miranda Lambert, Arcade Fire, The Decemberists, Glen Hansard, Neko Case, The Civil Wars and Maroon 5, among others.