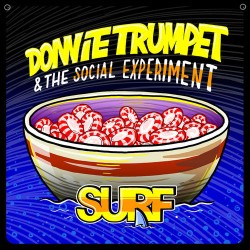 There’s a certain thrill that comes with having no idea what to expect before firing up a song. Everything on the Pazz & Jop poll so far has been a known quantity, even if I’d never heard the song. I can pretty much guess what a Missy Elliott song is going to sound like before hitting play.

But tied for #14 on the 2015 poll (following Jack U and Justin Bieber, who fall at #13 with ‘Where Are U Now’) is a song called ‘Sunday Candy’ by a band called Donnie Trumpet & The Social Experiment.