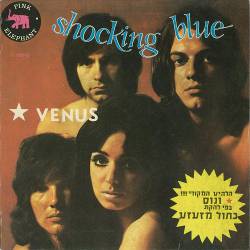 Here’s a song I might have known was a cover if I were a little older, or a little more up on the 1960s Dutch rock scene.

In 1969, psychedelic rock band Shocking Blue released ‘Venus’ in the Netherlands and saw it reach #1 in nine countries, including the United Kingdom and the United States. Lead singer Mariska Veres, often compared to Cher, delivers the track with an alluringly sultry nonchalance.