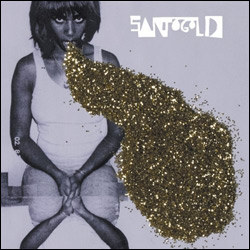 Speaking of fusion, perhaps no album I’ve listened to recently is a better example than Santogold’s self-titled release. The solo debut of singer Santi White, Santogold is kaledoscopic in its influences. Several songs owe a huge debt to M.I.A., with exotic soundscapes layered over rolling drumbeats and White’s rapped vocals nearly indistinguishable from her celebrated counterpart. But the rest of the album is more interesting by far, evoking everything from Depeche Mode to No Doubt, Bob Marley to Beck.