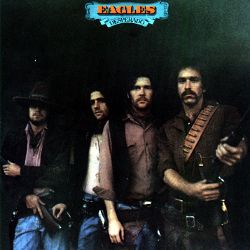 In 1973, the Eagles followed up their mega-successful self-titled debut (released a year earlier) with a concept album inspired by the Old West. Featuring a cover image of the band members in cowboy gear, Desperado must have seemed ripe for ridicule.

But with songwriters Don Henley and Glenn Frey taking center stage, penning eight of the album’s 11 tracks, the songs were just too good to dismiss. While the album failed to sell early on, it eventually reached double platinum status and is considered a seminal album in the country rock genre.