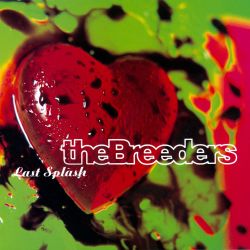 It seems there was a lot of band crossover in the early 90s. People jumping from one band to another, starting a new band while still playing in their first band, that kind of thing.

The Breeders is one such example. Formed in 1989 by Kim Deal (bassist for The Pixies), Tanya Donelly (Throwing Muses guitarist), and Carrie Bradley (vocalist/violinist for Ed’s Redeeming Qualities), the band was initially called Boston Girl Super-Group. They changed their name to The Breeders and recorded a debut album, Pod, which was cited by Kurt Cobain as a big influence on Nirvana’s sound.