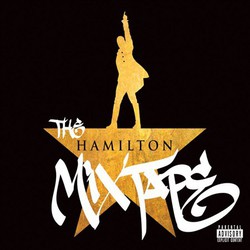 OK, confession time. I’m not a big fan of the Hamilton Mixtape. It has its moments — principally the ones I’m featuring this week — but too much of it falls flat.

I think the problem is that Hamilton is already a hip-hop musical. It doesn’t benefit from “modernized” versions of its songs because it’s modern. An R&B remix of a South Pacific song might sound adventurous, but asking Alicia Keys and John Legend to perform songs that are already slinkily soulful adds very little.