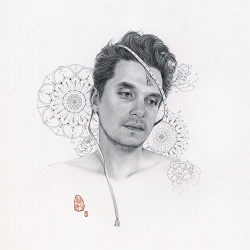 John Mayer released his seventh album, The Search For Everything, over the course of several months, putting out two 4-song EPs before dropping the full 12-song set. To me, that’s a little like watching 2/3 of a movie before it finally gets a theatrical release. But I’m old-fashioned.

Rollout strategy aside, The Search For Everything is a strong return to the soulful pop of 2006’s Continuum, probably still his best album though he hasn’t released a bad one since.