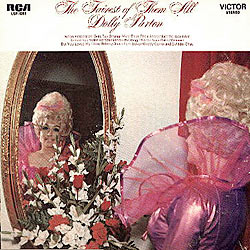 Our next song from the upcoming Dolly Parton anthology series Heartstrings is ‘Down From Dover,’ which first appeared on the 1970 album The Fairest of Them All.

While the album performed well both commercially and critically, this song proved controversial. It tells the story of an unwed pregnant waiting in vain for the father of her baby to return to her from Dover. Things don’t end well.