Coldplay made an unexpected appearance in this year’s Album of the Year Grammy nominations. The band hasn’t shown up in this category since 2008’s Viva La Vida, their only other nod for Best Album.

Four years after the release of 2015’s A Head Full of Dreams, an album the band said might be their last, they dropped Everyday Life, an album that sold relatively well and received critical praise, but was not expected to turn up on this category.

END_OF_DOCUMENT_TOKEN_TO_BE_REPLACED

I haven’t had a chance to chime in on the astronomically stupid decision by the Motion Picture Academy to introduce a “Best Popular Film” Oscar to the Academy Awards lineup. How about you just broaden your definition of what constitutes excellence and allow that a movie people actually enjoy can also be award-worthy?

And don’t get me started on what I suspect was the genesis of this idea — lack of trust in the membership to give Black Panther a legit Best Picture nomination. As the astute film journalist Mark Harris put it on Twitter, “It truly is something that in the year Black Panther, a movie made just about entirely by and with black people, grosses $700 million, the Academy’s reaction is, ‘We need to invent something separate…but equal.'”

END_OF_DOCUMENT_TOKEN_TO_BE_REPLACED 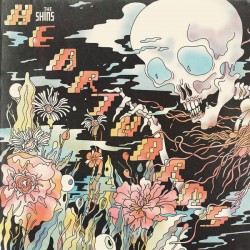 Hope everybody enjoyed the weekend. We now return to our regularly scheduled programming, the continuation of Round One of Montauk Madness. Our next matchup: Coldplay vs. The Shins.

This is an interesting one because Coldplay started off as a hip indie band not unlike The Shins before they blew up into a stadium band and thereafter became terminally uncool.

END_OF_DOCUMENT_TOKEN_TO_BE_REPLACED 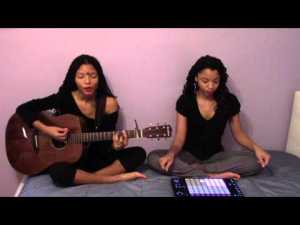 This week is dedicated to the inspiring tale of Chloe x Halle, a singing sister duo from Atlanta. They’ve been posting YouTube videos since 2008, when they were 10 and 8, respectively.

I’m skipping ahead 8 years from those days to a couple of covers the sisters posted in 2016, at the ripe old ages of 16 and 18.

END_OF_DOCUMENT_TOKEN_TO_BE_REPLACED

Rihanna sits at the #7 spot on this week’s charts with ‘Love On the Brain,’ a song I’ve already covered on the blog. Rihanna recently passed Elvis to become the top-selling solo artist of all-time, trailing only The Beatles for the overall title.

At #8 is The Chainsmokers, who have been all over these charts in recent months. ‘Something Just Like This’ is a collaboration with Coldplay, and fittingly, sounds like a Coldplay song crossed with everything The Chainsmokers have ever done.