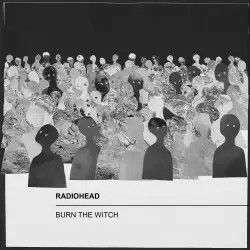 If ever a band was made for year-end critics lists, it’s Radiohead. They’ve been releasing albums full of bleeps and bloops to high praise for more than a decade now.

I really loved the Radiohead of The Bends and OK Computer but their appeal pretty much ended for me there (though parts of In Rainbows were listenable). After a five year hiatus, the band released A Moon Shaped Pool last year to (shocked) critical acclaim. It landed at #7 on the Village Voice Pazz & Jop albums poll.