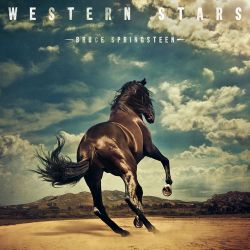 Last week, Bruce Springsteen announced the June 14 release of a new studio album, titled Western Stars, and marked the occasion by dropping one of the album’s tracks, today’s SOTD.

Western Stars is Springsteen’s first album in five years, and his first album of new, original material since 2012’s Wrecking Ball. It’s the Boss’ 19th studio album and comes out the year he turns 70. What an amazing career he has had.

END_OF_DOCUMENT_TOKEN_TO_BE_REPLACED 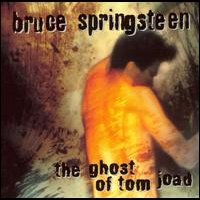 Has any millionaire rock star ever captured the yearning of the underclass as well as Bruce Springsteen?

Bob Dylan did it in his early years, when he was still something of a vagabond himself, but as he grew older and more successful he turned to more internal and cerebral subject matter (with plenty of exceptions, I know… please spare me the hate comments, Dylanphiles!).

END_OF_DOCUMENT_TOKEN_TO_BE_REPLACED

I’m skipping Random Weekends this week (and for awhile longer, as you’ll learn soon) in order to close out February with the rest of my Best Original Song posts. Over the next five days I’ll feature some of my favorite Academy Award-winning songs.

Bruce Springsteen has been nominated for two Oscars, one for the title track of 1995’s Dead Man Walking and two years earlier for ‘Streets of Philadelphia,’ from the late Jonathan Demme’s film Philadelphia. Springsteen took home the trophy that year against a relatively weak field (which included another track from the same film, Neil Young’s ‘Philadelphia’).

END_OF_DOCUMENT_TOKEN_TO_BE_REPLACED

Of all the songs in my music collection, the oldest may well be ‘Froggie Went A Courtin’,’ an English folk song dating back to the 16th century.

I own two versions of the song, one by Bob Dylan on his 1992 album of folk covers Good As I Been To You, and this one by Bruce Springsteen, which appeared on his 2006 album We Shall Overcome: The Pete Seeger Sessions.

END_OF_DOCUMENT_TOKEN_TO_BE_REPLACED 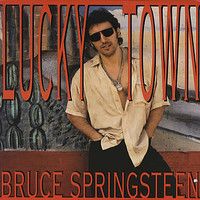 It’s a rare twofer on Random iTunes Weekends, with back-to-back songs by The Boss. Today’s track is from Bruce Springsteen’s 1992 album Lucky Town.

Lucky Town was released the same day as Human Touch, and the general critical consensus was that the two albums would have been better served if some of the fat was trimmed and they were combined into one record.